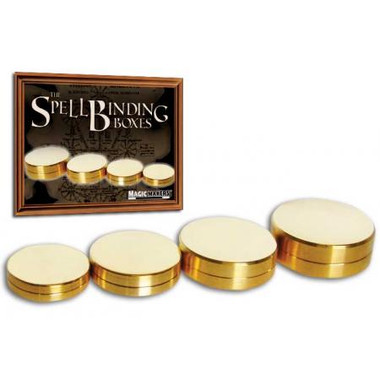 SS Adams Co in the 1930’s produced a metal & wooden set of “Nested Boxes.”In the 1950’s SS Adams Co mass produced their “Nested Boxes”in plastic; as seen referenced in the book "'Life of The Party’ - A Visual History of The SS Adams Company Makers of Pranks & Magic For 100 Years”by Kirk Demarais.

produced in highly polished metal finishes and comes with a professional coin vanishing hankie to make the effect complete and ready to use with no skill required...