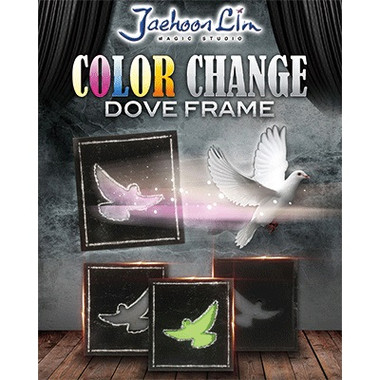 The picture of a dove in the black frame changes its color 3 times in a row. And as the last picture disappears the picture of the dove changes to a real dove.
This is a considerably visual effective item that can catch applause from the audience.